Since the mid-00's, I've taught a few subject areas within the field I call Embodiment Practice & Life. Pre-pandemic, much of my in-person teaching was based in my private studio space in San Francisco.

Everything is virtual now, but I still teach all the same subjects.


Sessions are a mix of conversation / active listening combined with practices + support, according to needs and intentions.
Our intentions continually attune to uncovering & fostering possibilities as experiences of wellbeing and flourishing that can be seen and felt.

Occasionally I make things for those I work with and serve.


I'm a creative and love to make things for those I serve. I've made everything from aromatherapy essential oils blends to support rest, workbooks to help clients process a complicated experience, guided meditations in response to an array of factors.

My favorite in recent years is The Secret Life of the Body Mudra Card Deck.
WHAT IT'S LIKE TO WORK WITH ME
MORE ABOUT PRIVATE SESSIONS
VIEW MY CALENDAR
CONTACT ME
BOKK A PRIVATE


I currently live on the ancestral lands of the Ohlone, Ramaytush and Muwekma First Nations, otherwise known as San Francisco.

My pronouns are she/her.

I grew up in the American South in the 1960's & 70's on feral land that had been my grandparent's farm during the Depression, the ancestral lands of Mvskoke (Muskogee/ Creek) First Nation.

I have experienced early and deep grief, loss and trauma, alongside certain privilege, lots of joy and adventure.

I've lived numerous other places including Athens, Georgia in the 80's, Czechoslovakia in the early 90's and New Orleans, pre-Katrina.

I feel fortunate that my family was inherently political and community engaged in a practical way. Some of my earliest memories of overheard conversations about campaign strategy, social justice and truths debated. For me, the personal has always been political.

I began studying wisdom traditions as a preteen and have never stopped. I studied literature & media arts in college.

I've been the recipient of Soros Foundation Fellowhips, have co/founded a number of organizations & businesses.

I'm a walker of cities & hiker of trails.

"Tina's energy is like *whoah. I immediately saw her bravery and how she had showed up in life. The force is definitely with her. " 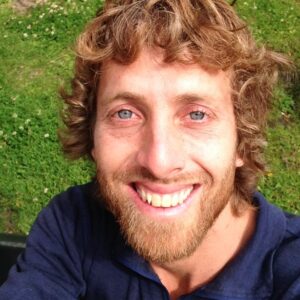 Join my newsletter to receive thoughtful writing
about modern embodied living
+ free classes + special offers on my products & services.
You'll hear from me once a week-ish.
(Your privacy is important. I won't share your info.)