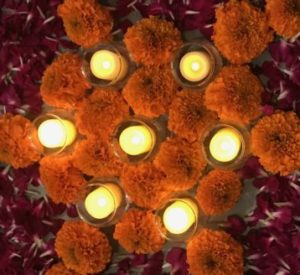 I am so happy to launch my new Women’s Circle.

I’ve been wanting to do so for quite some time.

For one thing, I really need it! And for another, the pillars of my community over the years have been held up by amazing women and I long to be with women in community— beyond classes, privates and workshops.

I’ve also dragged my feet in getting started. More than a few reasons for the delay, I’m sure, but I’ll admit to you now one of them is fear. Yep, fear….

Over the last month or so, I’ve sat with and inquired into my hesitation to start this circle and fear was among the most prominent feelings to rise up and show itself. I also have to say I’m not sure what I’m afraid OF— certainly not women!!
Perhaps once we get going, the root of the fear will be easier to trace. I don’t think it’s about anything deep and dark. In fact, I think it’s probably the opposite— that gathering women in this way will be a key that unlocks something new, a seed that holds a lot of radical change and growth.

Anyway, I don’t wanna go on about me and my issues, but did want to share my feelings with you all right away. (Wiping tears, now)

So, here’s my idea as its evolved so far. This circle wants to be:

— a consciously co-created safe space for women to gather monthly-ish
— more heart-centered than mindfulness-centered, which means more about feeling and connecting than learning and following traditions
— a fun, friendly, light space where women can shine bright, see and support one another

Each gathering will have a special guest who shares something with the group that she’s passionate about.

Mostly, the base camp for these gatherings will be my studio, but we might meet elsewhere for larger groups or when the guest/ topic requires more space. 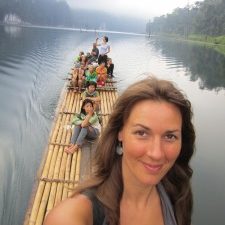 WHERE: My Studio, Mission District

My A’s to Your FAQ’s

Asteya Non-Stealing from Yourself