What is the Yoga Ghetto? 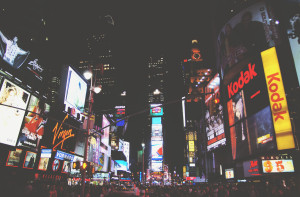 I’ve been saying this in person for years. And more than a few times recently, been quoted (and sometimes credited) online.

This is a loaded topic, but not at all a weapon. At least not when in my hands.

Why lay hands on this topic? To get clear in my own head about what it means.

The yoga ghetto is a place of bliss, soft voices, pretty colors, serpentine bodies. It’s pretty much an anger-free and negativity-free zone.

Not so fast. Let’s pause and reflect.

Question. One I ask myself often. The answer I KNOW IN THEORY but don’t always find myself LIVING IN ACTION.:

Which would you prefer to be?

If you’re like me, you want to answer these questions a little to quickly and move on to a discussion about asana, how awesome your favorite teacher is or– anything really– besides tough questions like these.

Zigzagging around in the maze of self-inquiry that questions like those lead us through might be a lifelong puzzle to complete. They’re questions that continually appear in the solo seeker’s path and in the larger journey the yoga community makes.

I got no answers for ya except this one hunch.

The choice #1 gives us a glimpse into the world symbolized by the yoga ghetto and the latter seems to be the key to getting out of it.

So, finally, what is the yoga ghetto?

The yoga ghetto is actually a pretty elite place.

There is donation-based yoga. But the price of most classes is more than the average American (which is relatively elite on a worldwide scale) spends on food for a day. And those who can’t afford a proper pair of yoga pants are likely to show more of their “vulnerable side” than their self-respect can handle.

No one WANTS or INTENDS to be a fake. Yet, everyone has their less-than-authentic moments. Even yogis. Especially yogis. Why? Well, when the standard is as high as Enlightenment, well, um, just fake it till you make it. Yep, we all do it. Is it wrong?

The yoga ghetto doesn’t have such a scary face. How does it stay pretty? Well, there aren’t rules, but don’t be caught doing these things:

(At least one item in the list is likely to be pretty appalling to you. I know which one is for me.) But let’s ask ourselves why these things seem so wrong to us or why we feel aversion to them. Is it because everyone else says we should, or because the Sutras say we should….or….?

Or have we really turned from these things out of having listened to our own individual heart and made the decision on our own?

What we take in through our senses affects us all very deeply. But what the senses find desirable or pleasurable is very subjective and individual.

You get a Yoga Smiley-face for these. Mention them as often as possible and include them in your social-media selfies.

I love the Sutras. But, let’s put them in perspective. The world they came out of was pre-evolution, pre-science, pre-psychology, pre-feminism. Also, with many, many great works in the yoga tradition, why the emphasis on the Sutras?

In any case, the Sutras are meant as a roadmap to use until you’re able to wander around safely and wisely on your own.

I never wore LuluLemon, but that’s just me….

The Yoga Ghetto is like any ghetto in one very unfortunate way. It’s a place where people live apart from the world. Some by conscious choice, others not so consciously, but still by choice.

Like other ghettos, people look, talk and act the same. It can be elitist, authoritarian and conformist.

To reflect on this: The yoga community isn’t a bureaucracy, a church congregation or a sports team.

It’s not Lifestyles of the Rich and Famous.

It’s not even a lifestyle– though a healthy, peaceful, truthful, courageous one comes highly recommended as part of the eight-limbed package.

It’s also not asana, or the ability to perform asana. Nor is it any of the other limbs of the yogic tree.

It’s least of all about flashing the badge of lifestyle, pinning on the medal of practice, wearing the uniform of bliss.

At its best, the current American Yoga is a flawed, but very worthwhile spiritual experiment in the Modern West. 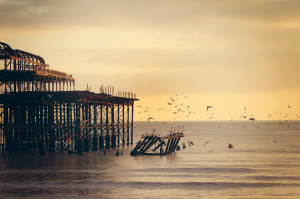 notes. To experiment in the spirit and practice of finding out the truth of who we are.

Lots to be learned from the yoga ghetto, including but not limited to this: don’t be afraid to leave!

And that the key that opens the big, tall, heavy gate might be that question that keeps jumping out at you that you keep not wanting to answer.

Better yet, realize that Yoga can exist anywhere. It’s a journey. Travel light. Without a map now and then.

You’re worth it. You’re one of a kind. Love is a trustworthy compass but it often leads us down the road less travelled.

Lovingkindness and My 911 Story

All Aboard the Mindfulness Train