Yoga Nidra Magic from The Master Who Created It 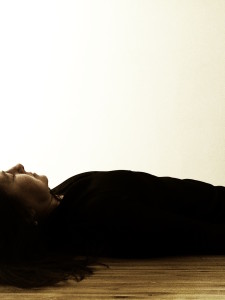 What’s your favorite way to relax?

Do you head for the bed and horizontalize?

Make a big pot of mashed potatoes with extra butter, collapse on the sofa and watch an HBO series?

Walk in the park?

Some or all of these at different times, I imagine.

True relaxation is not sleep or zoning out or any form of escapism. However, it’s also obviously not about staying wide awake.

“People think that they are relaxing when they collapse on an easy chair with a cup of coffee, a drink or a cigarette, and read a newspaper or switch on the television. But this will never suffice as a scientific definition of relaxation. These are only sensory diversions. For absolute relaxation, you must remain aware. This is yoga nidra, the state of dynamic sleep.”

These words are from Swamin Satyananda Saraswati’s book Yoga Nidra. We have to take his word for it, because he created the yoga nidra system that we use today.

How did he create that system? It began with an experience that was basically the Universe “tapping him on the shoulder”. More about that experience, in his own words, in just a bit.

Swami had an experience that made him think, “Hmmm, sleep is NOT A STATE OF TOTAL UNCONSCIOUSNESS. When one is asleep, there remains a state of potentiality, a form of awareness that is awake and fully alert to outer situations.”

That’s right. If you’ve ever practiced yoga nidra, you know what he means by “a state of potentiality” and a form of awareness that is “alert to outer situations”.

This potentiality is infinite. Yoga Nidra is more than just deep relaxation. It can be the key to accelerated learning, healing neurosis and psychosomatic illness and trauma.

Not only that — You can basically re-write your story by practicing yoga nidra. You can re-shape your personality and self-identity. yep.

I understand if you’re skeptical.

Or the scientists whose studies have confirmed this.

Try it for yourself with my guidance, on your own, in the comfort of your own home. More about that in a bit.

Now, back to Swami’s story of the very dawn of yoga nidra, when the Universe tapped his shoulder. Here’s what happened in his own words>

“When I was living with my guru, Swami Sivananda, in Rishikesh, I had a very important experience which triggered my interest in developing the science of yoga nidra. I had been appointed to watch over us Sanskrit school where small boys were learning to chant the Vedas [an early yogic text, originally transmitted orally]. It was my duty to remain awake all night to guard the school while the acharya [headmaster] was away. At 3 AM I used to fall into a deep sleep and at six I would get up and return to the ashram. Meanwhile, the boys got up at four, bathed and chanted Sanskrit prayers, but I never heard them…”

“Sometime later, my ashram was holding a large function, and the boys of that Sanskrit school were brought to chant the Vedic mantras. During the function they recited certain slokas [verses] which I did not know, yet somehow I felt that I had heard them before. As I listened, the feeling grew stronger, and I tried in vain to remember where and when I had heard of them. I was absolutely certain that I had never read or written them, yet they sounded so familiar to me…”

“Finally, I decided to ask the boys’ guru who was seated nearby, if he could explain the meaning of this. What he told me he changed my entire outlook on life. He said that this feeling of familiarity was not at all surprising, because my subtle body had heard the boys chanting the same mantras many times while I was sleeping at their school. This was a great revelation to me. I knew that knowledge is transmitted directly through the senses, but from this experience I realize that you can also gain direct knowledge without any sensory medium as well. This was the birth of yoga nidra.”

So this was the first ray of light in the dawn of the yoga nidra practice we do today, that, we can  gain direct knowledge without any sensory medium as well as with.

From there, Swami was inspired to look up old tantric texts that contained exercises and wisdom involving relaxation, sleep, senses, consciousness and learning.

He experimented with these exercises on himself and eventually “decided to construct a system called “yoga nidra” (yogic sleep) which would incorporate the essence of these practices without having complicated ritualistic drawbacks.”

He goes on to say that the system “can be practiced by people of any religion or culture.”

He continued to experiment on himself, and eventually on others, and says he even managed to train an Alsatian dog in yoga nidra!

He experimented with all kinds of people, including children. In all his experiments. he gave his subjects “knowledge, experiences and instruction while they were sleeping soundly.”

One of his child subjects was “a very naughty boy, an absolute monkey” who all day long “broke things, harassed visitors and caused accidents”. There was nothing left to do but try yoga nidra on the boy.

Swami goes into detail about his process of introducing this boy to yoga nidra, starting out by reciting on section of the Bhagavad Gita to the boy after he was sound asleep. After a week, the boy could recite the section by heart!

The boy eventually grew up to speak 11 languages, including English, which he could write perfectly. The boy came to the US at age 21 to lecture and teach. But here’s what’s amazing….

All the boy’s study occurred during a 2 year period with Swami, and all occurred only when he was asleep. So this young man gained all this knowledge and ability but doesn’t remember a thing!!

Miraculous. Yet another example of how we are SO MUCH MORE than we know. We’re made of stars, neuroscientists say our brain is a hologram of the Universe, who knows the end of what we can do? Maybe there is no end.

So, yoga nidra is much more than the yummiest relaxation practice on this planet.

It’s a place we can go inside ourselves that’s like a laboratory where we plug in and recharge our “superpower activation system.” SAS. I like it.

Would you like to hear more stories like this? Hear more about how amazing you are? Practice yoga nidra while learning about it? Well, get ready. I’ll be releasing on online yoga nidra learning experience on July 26th. 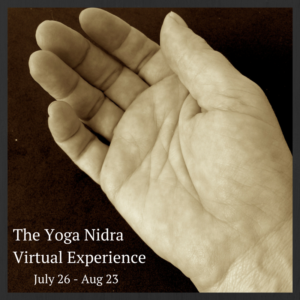 It will be part class, part self-guided exploration. I’ll be guiding you through all of it and sitting by while you practice. You’ll have the chance to share your experiences with me, and even with your fellow participants if you like, or keep it to yourself as a sweet secret treat.

Sound good? Ready to find out more about who you really are and what you’re capable of?

Here’s the link to find out more.

And here’s what I can promise you now. This course will be solid gold and the experience you’ll have will change you forever.

You will have the chance to relax into your greatness by practicing Inner Beauty Sleep.

You’ll learn about customizing the practice to your own unique needs as well as sharing it with others, including your children.

I absolutely cannot wait to share this gem with you and watch it unfold into your life, knowing that from there will unfold into the lives of those around you.

Here, again, is the link to find out more.

Here’s to your Inner Beauty and the most potent self-care the uNiverse has to offer!

Previous Gods are Us– 2015 Summer Reading Series Pt. 1 (Book Reviews)
Next A Selection from Lovingkindness 2.0

What makes a Teacher?

The Yoga of Tears